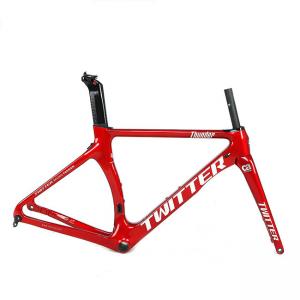 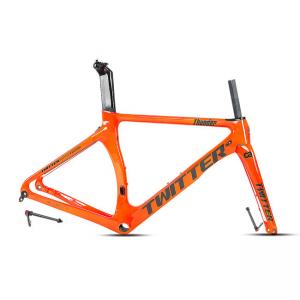 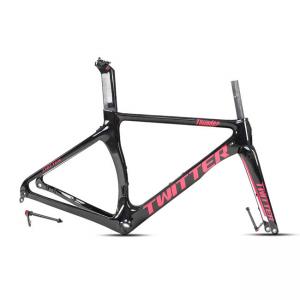 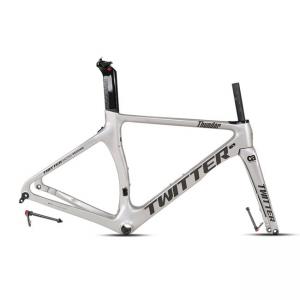 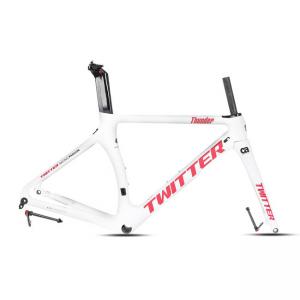 The primary advantage of the material is that at a given stiffness, carbon fiber is significantly lighter than aluminum, steel, or titanium. This lower density also means carbon frames do a better job of absorbing (rather than transmitting) road vibration, which translates into a more comfortable ride.

Many riders are afraid of damaging an expensive carbon frame. Carbon fiber's strength to weight ratio is higher than steel. This is why it enjoys widespread use in the aerospace industry and motorsport. Carbon has infinite fatigue life, but it is also susceptible to damage from direct impact, as you'd experience in a big crash. 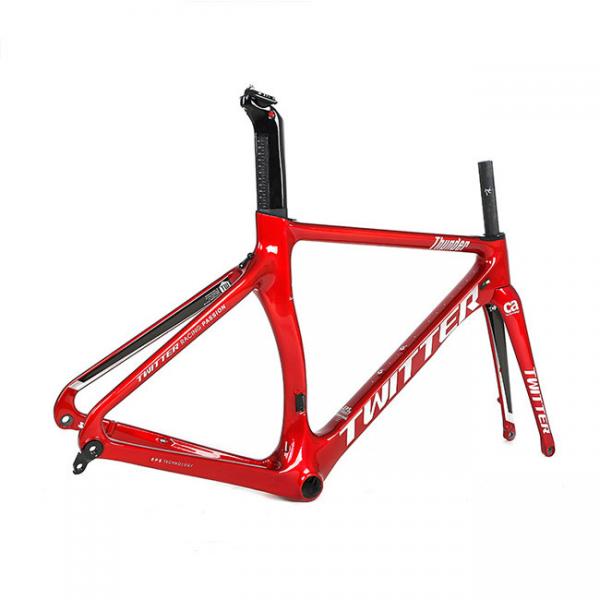 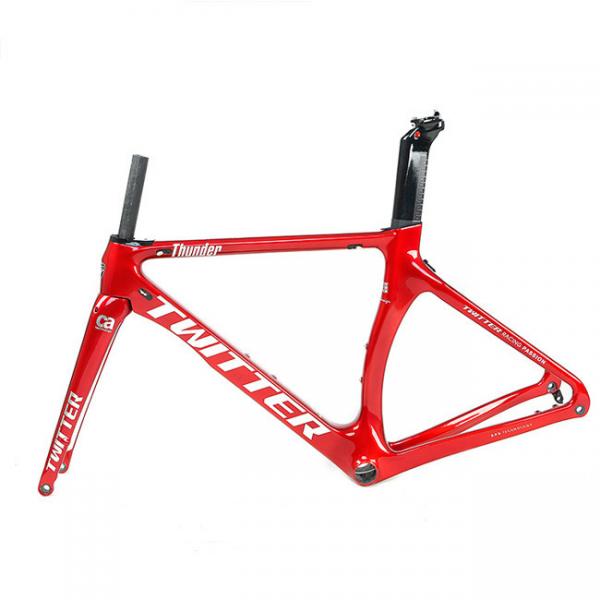 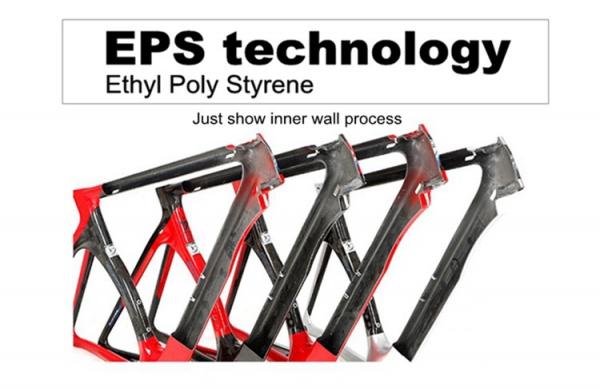 Size of the Frame 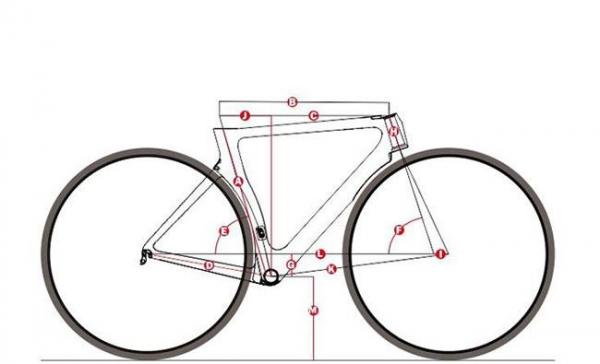 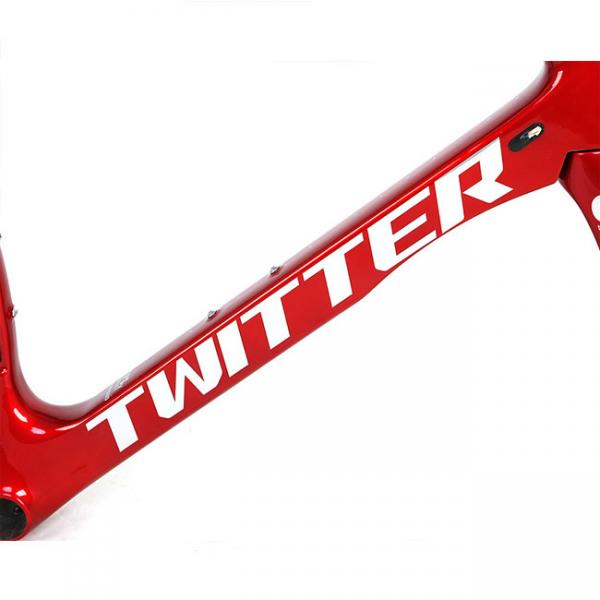 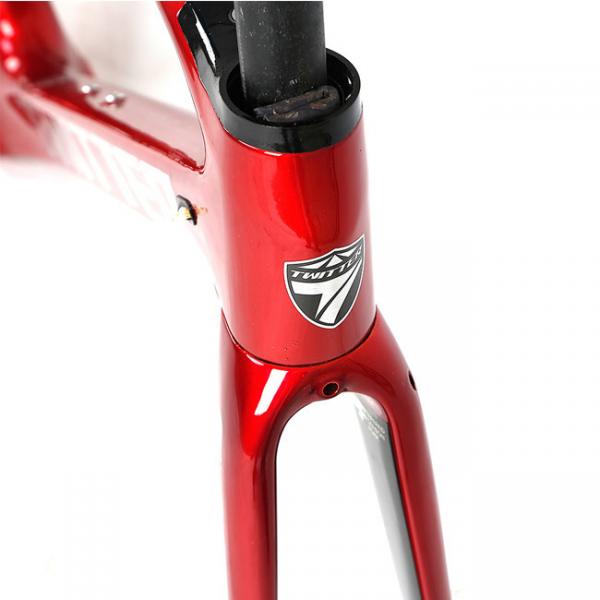 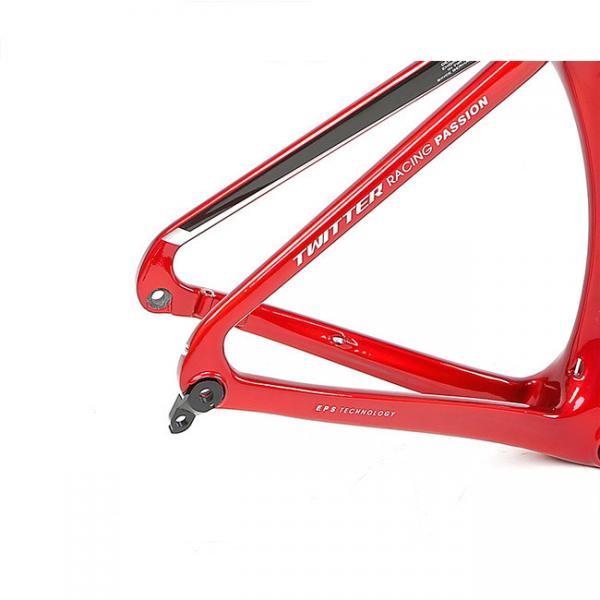 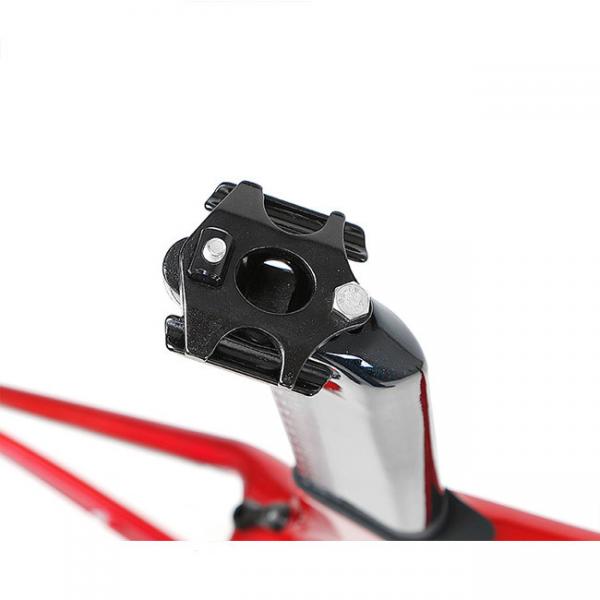 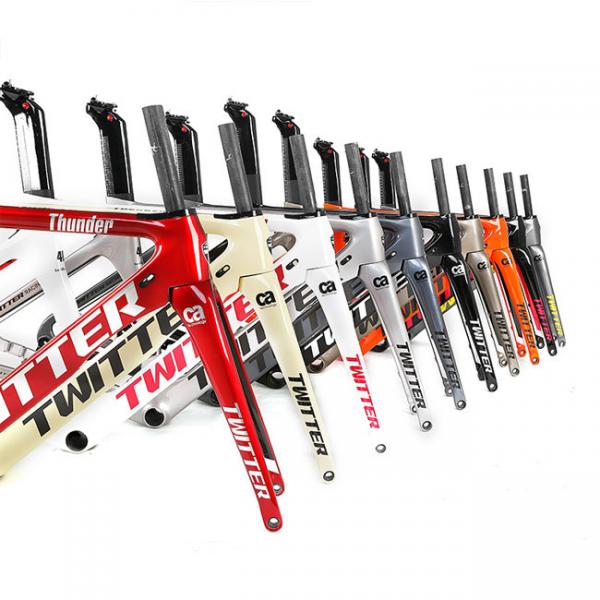 TWITTER doesn't need much of an introduction, but do you know what got the brand ticking and how?

TWITTER bike founders were engineers and craftsman who, in the early 2000's, realized they could put their expertise to good use and enhance the cycling experience by enhancing the actual bike itself.

The masterstroke was developing lightweight Carbon frames – all of a sudden TWITTER was delivering high-quality bikes that were not out of financial reach. The public responded, and bike sales increased; more people began to discover the joy of cycling.

Thank you! Your message has been sent to the following suppliers.